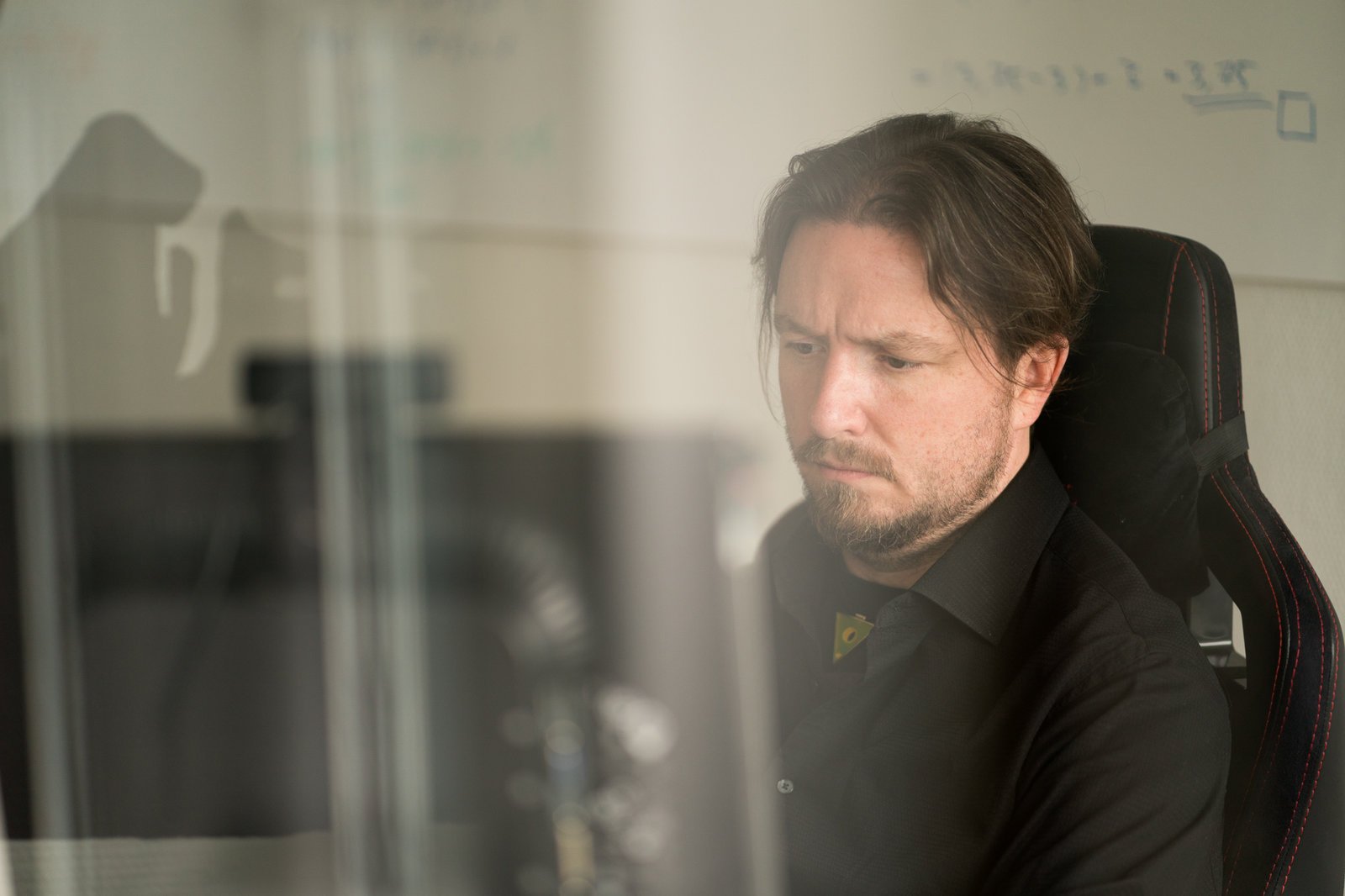 How your thoughts control your beliefs less than your feelings, what the law of god has to do with it, and why everything is possible …

… okay, this is going to be another long one.

A few days ago, during some unrelated discussion, a friend of mine exclaimed “to you, everything is always possible!” when I spoke about yet another outrageous scheme like visiting the ISS, or - in this case - building a house with a cellar with better dimensions in case adding more depth to the cellar of the existing house gets too complicated …

… all of which is possible. Maybe not very probable, but definitely possible - the question is, rather, what has to happen for this to actually have happened? What preparations, what expenses, what support do you have to activate to make this happen? What obstacles do you have to overcome?

In the end, it boils down to an entirely different question: is the expected effort worth the expectable result? .. and not only that: is it worth it to me, and now?

In my personal past, some things never seemed possible. Mostly, because I had to do all of it by myself, with no support from anybody else - at least that’s what I believed, and was even convinced of. Any evidence to the contrary - like my extended family always providing basic sustenance and security, my grand aunt helping out financially when she could, and later on friends lending a hand more often than I could count (thank you - you know who you are!) - all of that available evidence got mentally discarded because my feelings told me something entirely different.

Thinking about why things are one way or another

Usually, we think of ourselves as rational, intelligent beings, who consider and weight all options and always make balanced, appropriate choices into which all thoughts and necessary considerations have been integrated.

Except - we don’t. Our brain - usually - only tells us that this was the case, while all of our blind spots are happily and cheerfully ignored .. this might have been okay in our ancient past in the savannah - where anything not related to immediate survival wasn’t actually that important - but can have profound and dramatic effects today, as our society has become way more complex, technologically advanced and not only networked, but even interconnected.

So, why? Some of you might know Kahneman’s book Thinking, fast and slow - which gives you a reasonable idea on it, but has been shown to not be completely accurate, but I’ll give you an even simpler view of it: thinking costs energy that our body simply doesn’t want to invest. Not only does our brain burn a tremendous amount of glucose (or ketones) while working, it also needs important building blocks to create new structures and interconnections, all of which can be avoided by reducing complexity, thinking simpler, and even thinking less. If we’re already overwhelmed and stressed out by our society, this feels like a good deal!

Some of the thoughts would actually be rather important, if not even critical - but not from a “rational” perspective, but from the perspectives of either individual survival, or survival of the species.

Instead of mental calculations you’ll have done while sitting in your armchair in front of your fire, nursing a hot cocoa, these feelings are calculations that happened on an evolutionary scale. If so and so in the past did not react quickly when considering the odds of the sabertooth tiger killing him and started to run away (or attack it!), but started pondering instead - he’s very likely not an ancestor of yours, but was removed from the gene pool.

Same for that lady who hesitated when encountering the hot hunter that was coming through the village, and didn’t instinctively signal her sexual prowess and availability - she’s also very likely not an ancestor of yours, all because (maybe) she was thinking too much about it, instead of “following her gut”.

Feelings like this are - evolutionary - a general feature, and have to be calibrated (or recalibrated!) to current circumstances, of course …

If she followed her gut, but didn’t protect the resulting children sufficiently, she also didn’t make it into your gene pool - at least not if they were eaten, or died from preventable diseases.

Some diseases are not critical to prevent, or happen to be fatal much after the eventual victim has already procreated successfully - hence our minds and bodies have no ‘natural’ protection against the currently prevalent cardiovascular diseases, things causing cancer, alzheimer’s or the like.

If you don’t think about it or fear it, god will punish you!

Not all diseases can be prevented, and some diseases can put a heavy toll on society, even when survivable. So, what to do, if it doesn’t matter (enough) to the individual?

Humans are - still - essentially story telling apes, with storytelling being the deciding factor differentiating us (Homo Sapien Sapiens) from other hominids, and essentially making us the sole surviving, reasonably large sub-species of them.

The awesome trick of storytelling is not only that it permits you to interact with more than the eight humans you can constantly watch and coordinate with (your family, or clique, or other small group), but even extends your reach beyond the 150 people you know of and about within your tribe.

Stories were what helped to go beyond hunting large mammals, forward to coordinating larger societies, and is still with us today.

Diseases and other trouble put an incalculable burden on society, and thus had to be made at least calculable - if not prevented. Thus, with the lack of better explanations, the story of an unseen entity that could control behaviour (good vs. bad) was introduced, again following the rigorous test of evolution.

Traditionally, pigs where common, and pork easy enough to get - but before refrigerators or other regular means of preserving the meat (like smoking, drying, salting), salmonella were a very real and mostly deadly risk.

Forbidding the consumption of pork had two advantages: no disease could come from infected meat, and the fodder for the pigs could be used to raise little humans instead. Calling pigs (or pig eaters) unclean also helped contain any possible disease, and people still consuming meat could be used as example for god’s wrath if you don’t follow the commandment, while ignoring people who consumed pork without ill effects was easy enough - people concentrate and remember bad things happening, while good things are easily forgotten.

(Just in case: no blasphemy intended in any way here. I’m very spiritual and believe in a higher force holding all of this together, just the ground crew is sometimes somewhat bizarre, and .. usually quite human, and as thus as easily likely to err as I am.)

One of the first written set of rules is the Torah - mainly the Kashrut - and allowed for “clean” food. While part of it was created from experience and empirical testing (“food poisoning accidents” plus “superstition” in form of emotional quick calculations after having puked from the wrong stuff), most of it can find a sound medical explanation these days - even if these rules are sometimes somewhat overly complicated.

These rules made food consumption way more survivable for the societies using them, and allowed those to prosper - while less educated societies suffered and went away.

Later sets of rules like the Quran simplified and refined some of the rules, and introduced other, different ones; also promoting better social behavior. At the same time, other groups of people which did not have any of those rules where mandated to be fought against and removed, again most likely more to prevent contamination than mere resource conflict. Societies that also had some kind of comparable scripture were explicitly mentioned as to be left alone.

With the dawn of enlightenment and the development of the scientific method, the story changed drastically again - while experimentation before (e.g. alchemy) was more along the lines of finding a way to get more gold, the scientific method partially stemmed from the idea that our world can be understood.

The way to do this seems to be forming a theory, running an experiment, making an observation, and then deciding whether the theory is likely, needs refinement, or complete replacement. This was done so often and so fast by so many people that our current understanding of medicine, biology, chemistry, physics and mathematics is so far beyond anything any story could hold that .. we seem to have been tossed back to feeling again, because the actual story we’ve discovered is too complicated to think about.

Quantum mechanics opens yet another avenue of complications - or simplifications .. resonant frequencies for homeopathy sound simple and alluring, while at the same time the placebo effect is getting stronger and stronger; preventable diseases have been reduced by modern medicine in such a way that their horrors are not contained in our cultural, emotional memory anymore, while few but dramatic vaccination side effects are - and at the same time, commercial interests of big pharma to either sell you vaccinations or treat you longer when you are sick is both conflicted and conflicting at the same time.

The actual answer is none

The real deal is none. There is no answer. It’s always probabilities.

We’re all part of a big experiment that might not even have an experimenter, and might be sitting forgotten somewhere on a shelf - and we’re very unlikely to ever know.

The most important survival skill at a society scale seems to be knowing very well how statistics work, what a standard deviation is, and how to calculate risk based on this information.

Next is the capability of doing meta-analysis to reduce bad reporting or bad actors, followed by risk calculations: how bad is the effect of a decision?

Do you vaccinate your kids for a disease you’ve never heard of anyone in living memory die from - because people are used to vaccinate against it because society mandates it - or do you not vaccinate your kid to prevent the possible harm from vaccination damage?

I don’t think there’s a right answer - or a wrong one, but there’s a certain set of evidence that shows that a society that vaccinates for certain diseases has a lower rate of children dying from these diseases .. now that people have stopped vaccinating, these numbers are reported to be rising.

It’s back to probabilities and experiments at society scale again.

Can you afford blind spots just for easy decisions that feel right?

P.P.S: Picture by David Nassim from Ruby Loves Jack, thank you so much! <3